Two new Motorola iphone screen are expected to go official in the coming weeks, the Moto G5 and Moto G5S Plus. Both belong to the mid-range category and are likely to be introduced in Latin America, at least initially. We've been reporting about both Moto smartphones a couple of times, and we've also had a glimpse of what's to come since pictures of them popped up online.

In fact, this is one of the reasons we know the Moto G5S Plus be released in multiple color options such as Gold, Grey, and Silver. Well, it appears that a new set of high-resolution pictures confirm the smartphone will be available in Midnight Blue as well.

The Moto G5S Plus is rumored to pack a 5.5-inch display with full HD (1080p) resolution and a Snapdragon 430 processor. A single primary camera with LED flash is shown on the back side of the phone, but the rumored fingerprint sensor is positioned under the Home button.

According to the live pictures leaked a few days ago, the lg parts will run Android 7.1.1 Nougat operating system on board. We'll most likely learn more about the Moto G5S Plus and its smaller brother in the coming days, so stick around additional info. 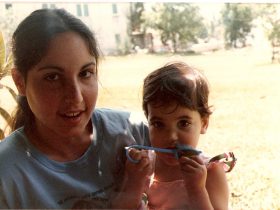