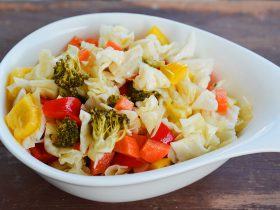 The first appearance of the mermaid, from the first millennium BC, appear in the Assyrian culture, with the figure of Atargatis. Atargatis was a goddess, the mother of the Assyrian goddess Semiramis. Atargatis, killed a mortal by accident, during the act of love with a sheepherder with whom she fell in love. Stricken with guilt and sorrow, Atargatis jumped into the sea and changed into a fish. But her divine beauty was so great, that the water refused to destroy it, and hence she received the look of a mermaid – a human female torso and a piscine tail down from the waist.

Later, at the fourth century BC, a Macedonian legend tells that Thessalonike, the elder half-sister of Alexander the Great, tried to commit suicide by jumping into the sea, and became a mermaid instead. According to that legend, she used to ask sailors if Alexander is still the King, and if the answer was positive, she would quiet the waves and allow them to proceed safely. But a negative answer infuriated her, and she would raise the waves and sink the ship with all of its sailors.

Homer's poetry presents a new figure, which would later transform into the mermaid, the Siren. The Siren, according to the Iliad, were a hybrid creature, half woman and half bird, who lived on islands and drew sailors to their doom, crashing onto reefs, by their hypnotic singing. It was only Odysseus, who commanded his sailors to tie him to the mast and plug their ears with beeswax, who succeeded to hear their singing and remain alive. Their monstrous shape is explained as a punishment by Aphrodite, for refusing to give their virginity to a god and a human.

Christianity adopted the figure of the siren as an image for Luxuria (Lust, in Modern English), whereby the woman represents the passions of the flesh, which a good Christian must overcome. But Christianity modified the Siren from a Bird-Woman into a Fish-Woman. Researchers explain that change by the term "Siren", which in the European languages received the term "Mermaid". Therefore in Romanesque art you can find capitals with the figure of a siren with a split tail, which they hold by both hands. It was the Romanesque art that set the figure of the siren not as a bird-woman but as a mermaid, beautiful and demonic, a temptress of men. Following that, the image that was meant to warn the Christian man from Female sexuality was embedded in the description of the Greek myth of the women that tempt sailors onto their death by the magic of her voice. No more was it the birdlike siren, but the mermaid that appeared in the description of Odysseus tied to the mast and hearing the songs of the mermaids, the sirens.

In 1837, Hans Cristian Andersen published his legend stories, many of whom were based on folktales that passed by word of mouth. One of these tales is "The Little Mermaid". Similarly to other legends, in this legend the mermaids are also described as tempting sailors to their death, but this legend presents a turning point – the mermaid is a youth in love that sacrifice, first her tail and voice, and later her life, for the life of her beloved. This legend present basically the dichotomic approach to Womanhood – on one side, adapted to the Christo-Western dogma, of the Temptress, the destructive force, leading men into their death (the sisters of the Little Mermaid), and on the other hand, the Female Ideal, the virginal, the pure, figure that sacrifices itself for her Male mate.

In the second half of the 19th Century, with the rise of the Suffragist movement, a new literary-artistic image appeared – the Femme Fatale. The Femme Fatale, a beautiful, educated, sensual and tempting woman, was the creation of the Writers and Artists of that period and represented the male fear of the New Woman, the Suffragist, she who calls to her freedom to choose her way of life. The Femme Fatale was a common subject in literature (Salome, by Oscar Wilde) and in Art ("Judith" by Klimt, "Vampir" by Munch and many other paintings) of the Turn of the Century period. To present the Demonic-Animalistic-Sensual-Destructive nature of this tempting Sexual Women, she was presented accompanied by animals, or as a hybrid creature – part woman, part animal. And so, the Siren of the Middle Ages, the Fish-Woman appears again in the end of 19th century art; the small, pure, innocent mermaid of Andersen disappeared as if it has never had been, till its return in a Walt Disney movie in 1989. In this movie she received the name "Ariel", and she's presented as a girl-fish playing with the creatures of the sea, turning into a human and finally accomplishing her love to a human, after overcoming the forces of evil that tried to separate them. 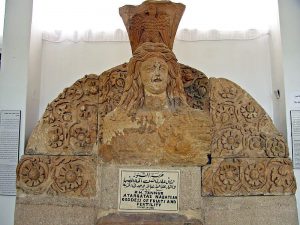 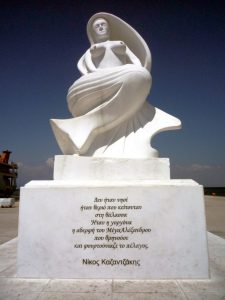 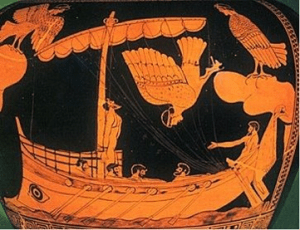 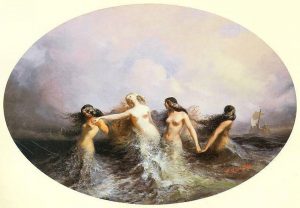 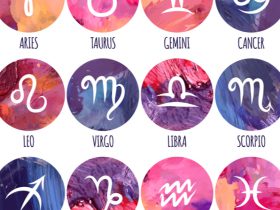 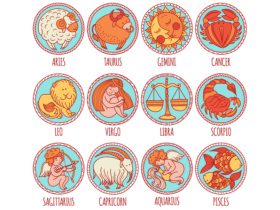 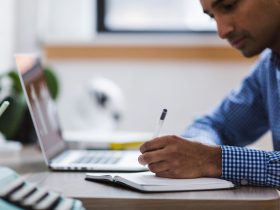 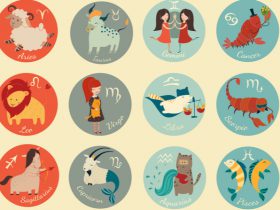